You might think I wouldn’t have much in common with penny stock expert Jeff Williams. But there are some striking similarities between the way we trade — and one major difference.

The difference is pretty obvious: I trade options on SPY, the highly-liquid ETF that tracks the S&P 500 index, while Jeff trades penny stocks.

Two of the biggest advantages of trading options are that they provide immense leverage and are less expensive than most equities.

In fact, options are less expensive than most stocks… except for penny stocks.

Another thing options and penny stocks have in common is that they often get a bad rap for being risky. And they certainly can be… if you don’t have a proven system to trade them.

The thing is, Jeff Williams has been doing this for two decades now… and his specialty is growing small accounts into small fortunes.

However, he’s come up with a new breakthrough, one that he thinks will build your account faster than ever.

It’s called the Boost System, and he discusses it in-depth with Jason Bond here. If you somehow missed the interview, I recommend you watch it now — it’s coming down soon.

As you can see on the chart of SPY below, the past two months have not been particularly kind to investors, as the market yo-yoed on trade headlines and recession fears. 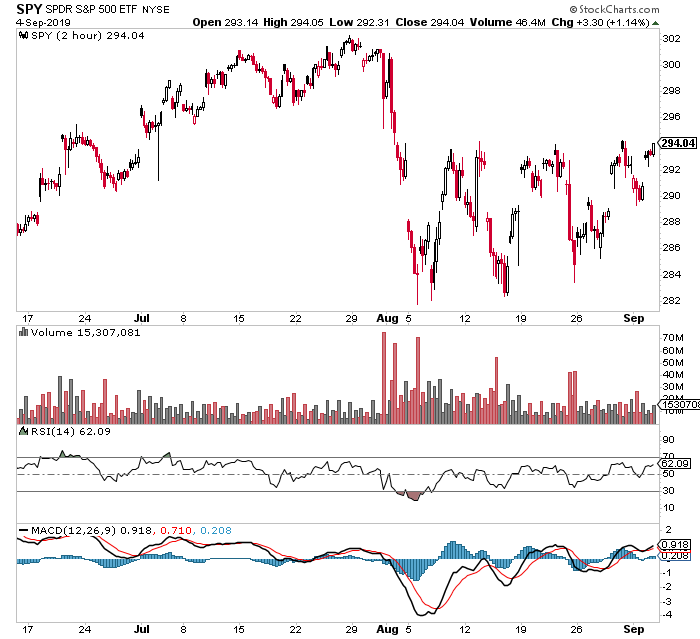 Making trades with huge return potential is probably the number 1 thing Jeff and I have in common. But a close second is how we approach charts to gain a trading edge.

Both Jeff and I rely heavily on support and resistance levels to guide our trading. I’ll show you one of Jeff’s recent trades to illustrate my point. 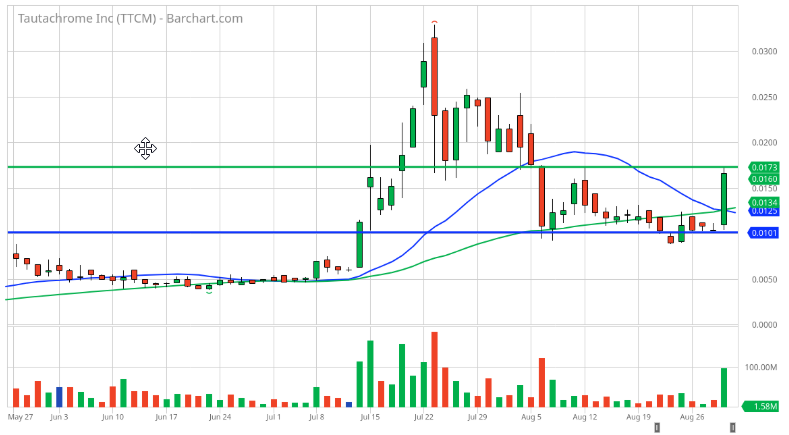 You can see on the chart that TTCM was trading right at its support level at the end of August.

When a stock finds support at a certain level, that is a signal that there is demand for shares at that price point. So, support areas often make for good entry points.

Resistance areas, on the other hand, are price points where the stock has stalled and the bears have been able to push shares back down.

That means these levels are often ideal spots to take profits.

So, what did Jeff do with TTCM?

On Aug. 30, he placed an order to buy shares at $0.0141, just above the support level. And he sold once they reached the resistance level, booking $811 on his small account — a nice 25% winner on a short-term trade.

The power of support and resistance lines is undeniable — you just need to know how to properly harness it in your trading.

Now, there’s one more thing Jeff and I have in common… we both hate being tied to our trading screens all day long.

So we figured out strategies that allow us to profit from extremely short-term trades and spend the rest of our day simply living.

Get Busy Trading, Then Get Busy Living!

Like my Trade Of The Day, Jeff’s strategy only requires minutes of work a day, which means that no matter how busy you are, you can find a way to make it work.

While I send my Trade Of The Day 30 minutes prior to the market open each trading day, Jeff places trades after 3 PM and alerts his clients… and all you have to do is check your phone or email to get the alert.

He then looks to close the position the following morning — typically for a nice gain.

Now, pay attention to that detail because it’s critical. By placing the trade late in the day and exiting the following… it allows him to dodge the pattern day trader rule— an obstacle all small accounts must overcome to thrive.

Jeff recently sat down for an interview in which he revealed all the details of how he finds tomorrow’s largest movers today and how he’s able to multiply his account size in a matter of weeks. Watch it now — before it’s taken down.